Some of these challenge prompts get so frankly insulting, don’t they? I mean, sure, I can probably think of a few characters who are none too bright, but does that really mean we need to call them out on it? Doesn’t that seem the tiniest, tad bit unfair?

And, on top of that, what makes a character stupid to begin with?

I’m blogging on the refurbished laptop that I’m eventually going to have to sacrifice to the work gods when I go back at the end of summer, and that means that I’m able to watch “ya’ boy Nate (aka Tobasco Sweet)” working on some cheap thrills as I type. (What are topical transitions? Did you see a transition anywhere?) Anyway, why am I telling you this, you ask? Because “you already know what it is!” He’s working on forging a shark hoodie that some rappers wear or something. He’s chosen the peach version for all his “sensitive players” out there. Because he sees you, fam.

So, back to the topic at hand (and pretending I haven’t watched… a lot… of the episodes of Cheap Thrills on YouTube), I’m going to select a GROUP of characters who are frankly so oblivious that, even if I wouldn’t call them “dumb,” I can still totally take the mickey out of them on this one… 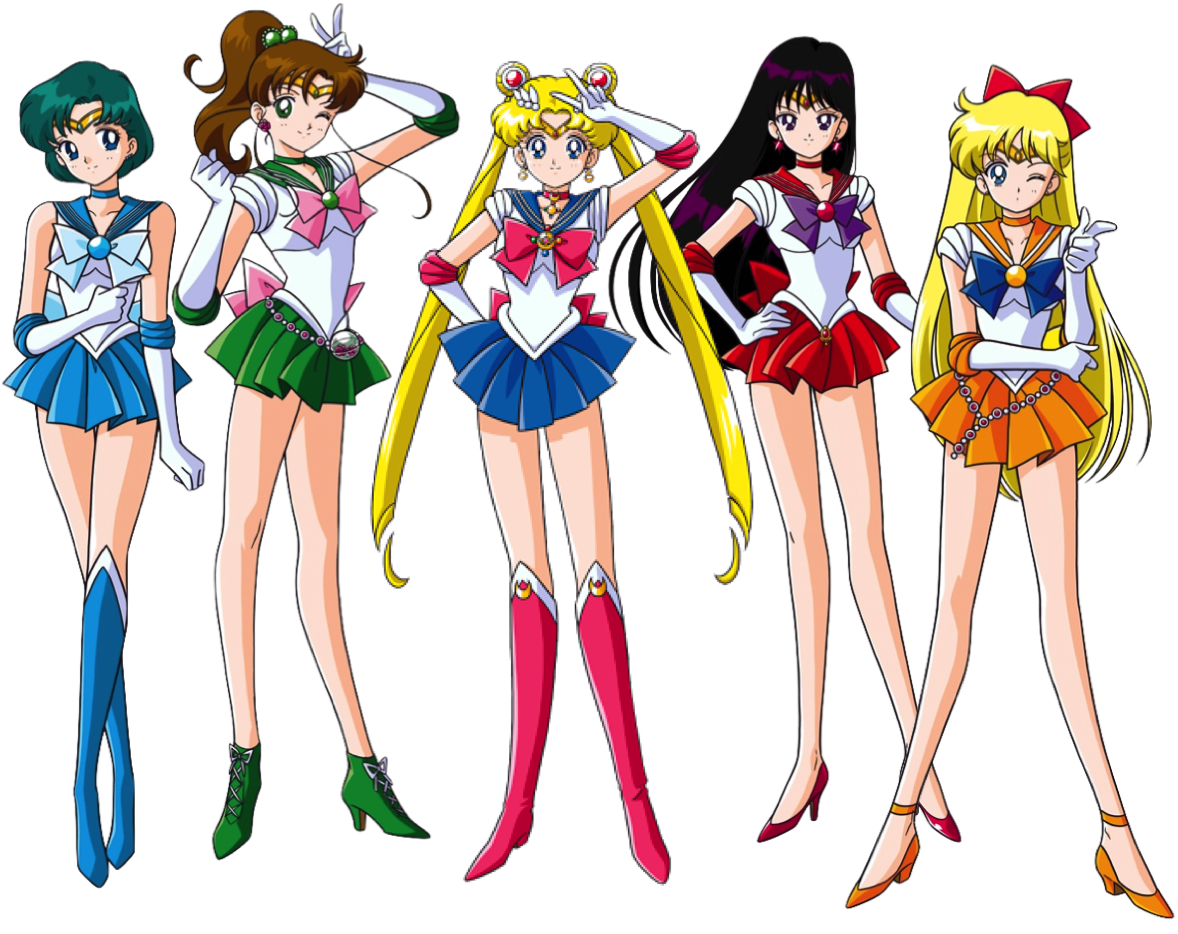 I don’t believe this selection requires much elaboration. Yes, Serena as an individual is a meatball head, admittedly a bit of a stereotypical valley girl, and also none too bright. School achievement isn’t necessarily an indication of intelligence, she struggles in that arena, too. She’s a crybaby. She complains a lot. Serena is… Serena!

But what gets me about these Scouts as a unit is the same failing that plages a lot of superhero comics; HOW DO THEY NOT REALIZE THAT SERENA IS THE FREAKING MOON PRINCESS?!?!?! Artemis and Luna, too!!! When they watch her finally transform, there’s just this total nonplussed vibe, this total disbelief, complete “how did we miss this?” shock, and the whole time I’m going…

YES! HOW DID YOU MISS THAT, YOU MORONS!?

Aaaaandddd… yeah. That was harsh. It’s not to say I don’t like Sailor Moon, and it’s not indicative of a disdain for these oblivious young ladies, but…

It definitely warrants them a spot in the 30 Day Character Challenge. (^_~)

Until next time, keep on keeping on. ❤

Here, you can watch Tabasco Sweet name fans’ animals. I’m not going to pretend I understand any of the references, but the way this guy delivers his lines and slang with SUCH INTENTION. Like, it’s not the slang that’s funny; it’s HOW HE DELIVERS HIS LINES. ヽ(>∀<☆)ノ