I wanted to share this with you today because I needed it, and maybe you needed it, too. ❤

“I was sure by now, God you would have reached down
And wiped our tears away,
Stepped in and saved the day.
But once again, I say amen
That it’s still raining
As the thunder rolls
I barely hear your whisper through the rain
I’m with you
And as your mercy falls
I raise my hands and praise
The God who gives and takes away

My heart! I finally have a chance to bring up this human and his (literally) magical music again! 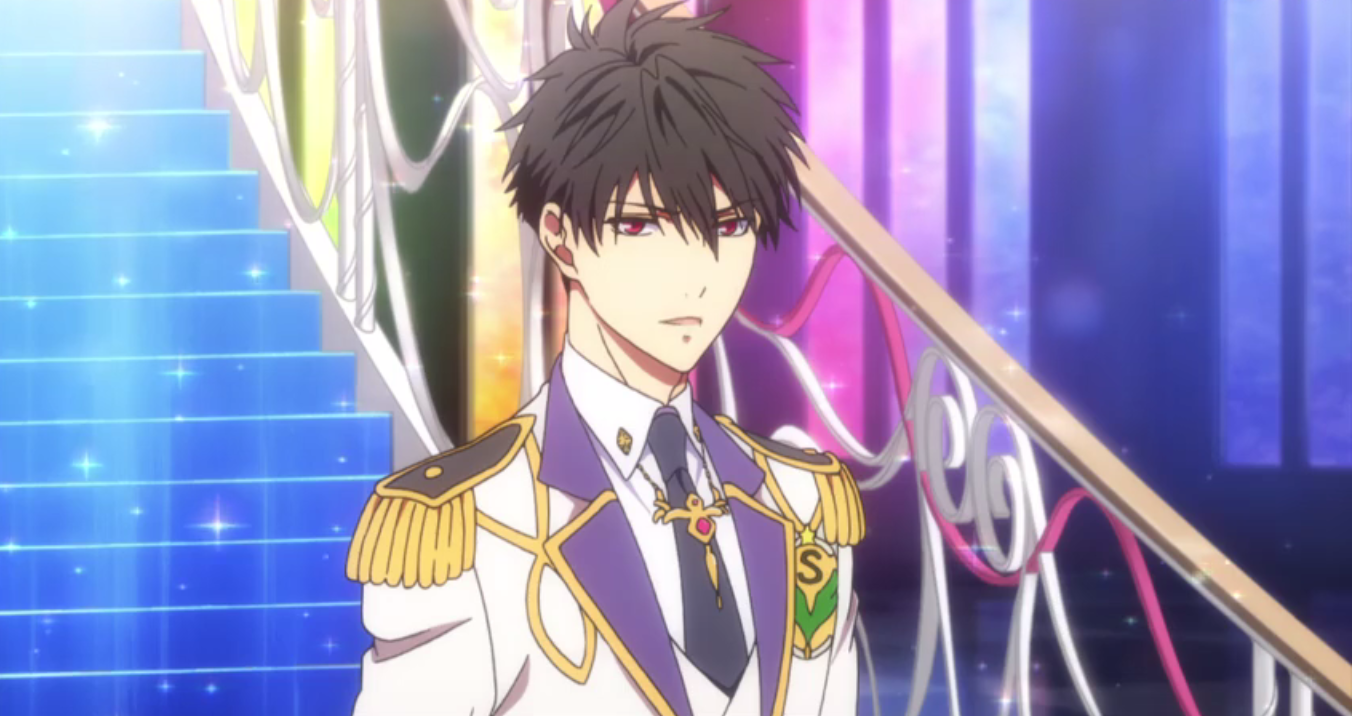 Teika (Magic-Kyun Renaissance!) is too much for me, guys. He can’t be a husbando because he’s a minor, but if you gave his voice to one of his older brothers? Totally husbando material. I mean, look at those older versions of Teika. All man. Now they just need his voice. (CV: 一条寺 帝歌)

Give Teika a listen, guys.

“I don’t need any kindness; I won’t stop in any old place, ’cause my wish carries on forever and ever. I won’t fear anything…”

His voice is so emotional that its beauty gets me every time, and that’s why even with all the idol shows out there, I didn’t need to think twice.

If you haven’t seen Magic-Kyun Renaissance! but love LITERAL SHOUJO SPARKLES, I highly recommend you give it a try! If you have seen it, what do you think? Who jumps out at you as an anime character who sings really well?

Welcome to the Madness,

This is just too much for my poor heart to take. I know that the song doesn’t fit exactly, I know it, but it’s been stuck in my head for days now, and the thought of combining Victor Nikiforov with the words “Russia’s Greatest Love Machine” was too much for me to pass up. So, today for your viewing pleasure, I present this AMV by MCRfreak925 set to Ra Ra Rasputin by BONEY M.

I’m a history nerd quite thoroughly educated in the Russian monarchy, so I know that Rasputin and Victor really have nothing in common, but I still have to post it. I have to. It’s a physical and emotional need at this point.

The creator plans to submit this AMV to a contest in November! Why not hop on over to YouTube and give her some encouragement!

I’m laughing at myself because, in spite of recognizing how annoying the sped of version of “Me and My Broken Heart” by Rixton used here is, I couldn’t help but keep watching the AMV.

And then I couldn’t help but want to watch Magic-Kyun! Renaissance again (which is something you should TOTALLY watch if you love copious amounts of unashamed shoujo sparkles and reverse harem as much as I do)*.

With those two tidbits in mind, I knew I had to share this creation from /Be Free/AMV.

I’m keeping it short this week because I don’t have a lot to say about the AMV itself. The chorus of the song works surprisingly well with the greater climax of Magic-Kyun, so it has that going for it, but aside from that… I mean. The AMV is fine. It’s better than I can do, after all. But it isn’t the greatest.

It just… really made me want to rewatch this show, so I’ll share it in hopes that it prompts you to give Magic-Kyun a chance.

All I need’s a little love in my life

All I need’s a little love in the dark

A little but I’m hoping it might kick start

Me and my broken heart

-Me and My Broken Heart, Rixton 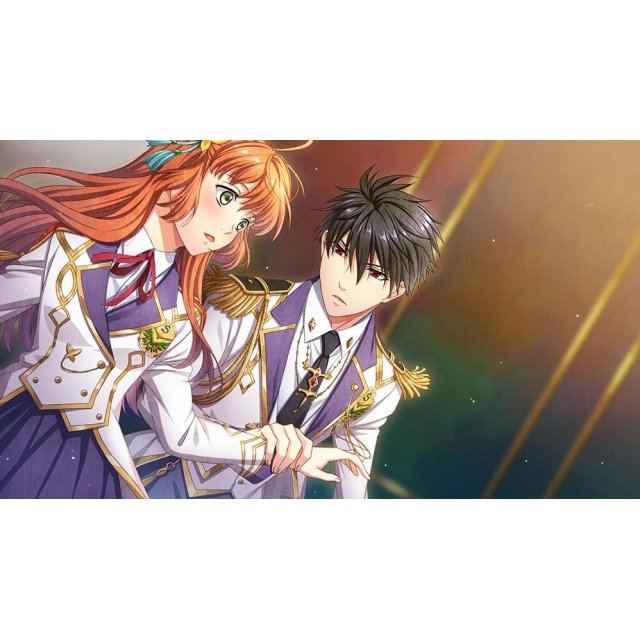 * I REALLY need to review this title.

This video is going to break you; you’re welcome.

Do you know how many times I’ve listened to this song/watched this animation? No, of course not, because how could you? How could you know that at least a dozen of the video’s views came from me? The song’s lyrics and the emotion fits the **CANON** scenario amazingly well.  While there are some visual differences between the animatic and the anime, the event is the SAME, and the emotions are the SAME, and…. gah. Gosh.

On top of all that and atop the creator’s (Schornee’s) amazing talent, I had never heard the song Words Fail from Dear Evan Hansen, but it has proved heartbreakingly beautiful. It’s haunting lyrics are so relatable to so very many people and characters, but especially Yuuri, who really has “learned to slam on the breaks before [he] even turn[s] the key.” He doesn’t believe that what he has with Victor is worthy of the man’s career because he doesn’t understand how very much he means to the older man, and I just…

He thinks he’s being selfish, and he thinks he’s fooled himself into believing that he’s worthy of Victor. </3

And how many of us don’t sometimes feel that, “No, I’d rather pretend I’m something better than these broken parts, pretend I’m something better than this mess that I am. Cause then I don’t have to look at it, and no one gets to look at it..?” I understand this all too well, and it makes me want to cry. Let no one say that Yuuri Katsuki isn’t one of the most relatable anime characters for people suffering from these same difficulties.

In any case, I’ve wanted to share this forever and hesitated because it isn’t an AMV. I decided that this is close enough. It needs to be shared.

I’ve learned to slam on the breaks

before I even turn the key,

before I make a mistake,

before I lead with worst of me;

I never let them see the worst of me!

Cause what if everyone saw?

What if everyone knew?

or would they hate it, too?

I have an intense YOI video scheduled for next Saturday, but for this week, I’d like to toss out another that is animated spectacularly but also more light-hearted; while an animatic isn’t exactly an AMV, it serves a similar purpose, and this one highlights a scenario you didn’t know you needed until now (but which probably exists in fanfiction, I’m confident). This creation by Schornee is set to History Maker (by Dean Fujioka) as performed by Shaun Hoffman!

So, welcome to two guys at a karaoke bar. ❤ The animation is so splendid, and the emotion simple yet palpable. The video doesn’t require much explanation, but it’s lovely and sweet. ❤ (^^) 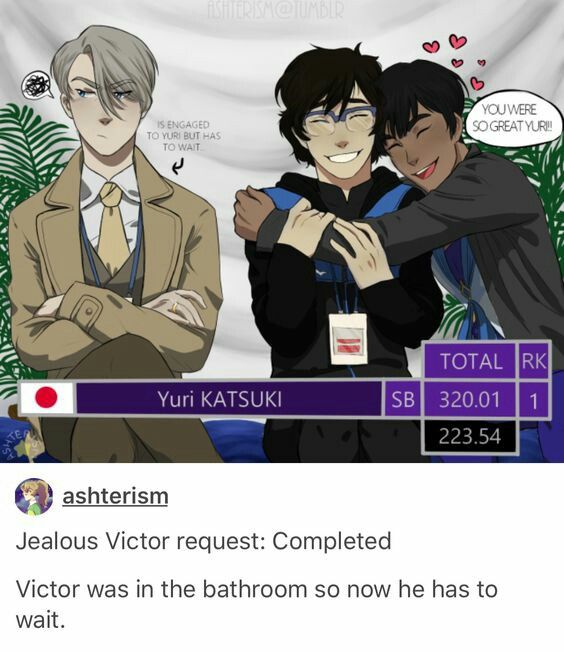 Dancing on the blades you set my heart on fire!

[Header image credit in image below, but I am unsure how to go about making the artist clearer as I don’t know how to reverse image search. I should get on that.]