Author’s Note: This post is from *checks notes* 2017. I never published it assumedly because there were categories I never finished writing for, and at this point I can no longer do so because 2016/2017 was so long ago! I also probably intended to write my “whys” behind some of the winners that I named, but I never did so! In any case, I have most of the categories I had planned to include here for your reading pleasure. I’ve seen SO MUCH anime since then. I miss the experience of Hiiro no Kakera being new! The song still brings be back and reminds me how super cool I found the cast and their powers!! ❤ And the dub voice work!! Just!! So much yes!!

I was looking for a nice way to wind down 2017 here on the blog when I heard that some of my blogging friends were doing a year’s end award series. Of course, this sounded fabulous, and I had to jump into this fun as well; the problems are both that I’m relatively new to anime and that I’ve watched SO much anime in the 16/17 years that they tend to bleed together. [I’ve only been watching for about a year and a half, but when I fell for the media, I fell HARD. Could you tell? ☆⌒(ゝ。∂)]

I also don’t religiously follow seasonal anime, preferring to watch both old titles and new in marathons spanning anywhere from hours to days. Thus, titles that were brand new for me in 2017 were often considered comparatively ancient to other viewers.

I think I’ve decided that, for next year’s award season, I’ll stick strictly to anime that airs in 2018, but for this year, I’ll cut myself some slack and allow selection across the board (read: everything I’ve seen until this point). If I can establish when exactly I watched the series being awarded in a particular category, I’ll include both 2016 and 2017 subsections! (*^^*)

My awards list is based around that of Crunchyroll with a few extra categories thrown in, and all opinions herein are my own; if you don’t agree, that’s fabulous! Feel free to comment below and let me know your favorites of 2017! ヾ(*’▽’*)

Hero of the Year

Villain of the Year

2016- Shiranui Kyo from the Hakuouki franchise

Roy wins the best boy award hands down, and I can’t emphasize strongly enough how very much he deserves it for his awesome characterization. However, if I may, I might have to re-categorize “best boy” into “best man,” because NOTHING about Roy Mustang screams “boy.” I’ll sumarize with a quote from the post here:

During the Ishvalan War, he committed unspeakable crimes in the name of a Fuhrer who was in truth a humunculi from the get go (FMAB). Later struggling to come to terms with his transgressions, he strives with everything in him (and the help of a few, very loyal subordinates) to rise to power. Why? It’s a bid to assure that nothing like the Extermination is ever again allowed to pass. Roy is willing to sacrifice his own life in front of a war crimes tribunal if it means putting forward his best to make it “right.” Yet, he feels very strongly that there is no true path to redemption for what he has done. His own life forfeit, however, only means that he cannot continue his work of driving Amestris toward democracy. This, he knows, is only accomplished by rising through the ranks and eventually dismantling its militaristic power structure. Thus, he cannot die. Roy’s true work is to live on toward a future better than the one he left in the burning ashes of his wake, and it’s one of the greatest reasons that I love him; everything he does is with this single goal in mind. Nothing else (not even the ship I wished so hard to sail, Royai) means so much.

Yet, Mustang has not lost his humor. While haunted in his darkest moments, Roy can almost always find a smile for his subordinates/friends. His playboy attitude and procrastinating ways (as well as his obsession with tiny miniskirts) lead to all kinds of hijinx that Lt. Riza Hawkeye has to deal with and we as the audience get to enjoy. 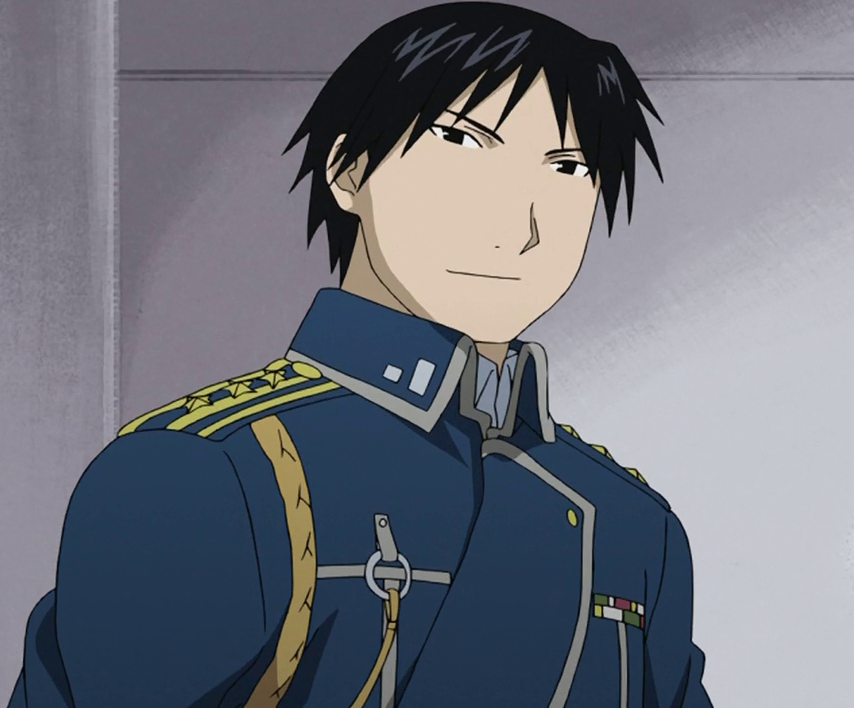 2016- Hijikata and Kazama do final battle in Hakuouki: Warrior Spirit of the Blue Sky

2017- Ushio dies in Clannad After Story

There is a level of understanding that exists between Hawkeye and Mustang that cannot be ignored or cast off as simply good writing; the two share childhood backstory, but idealistic Hawkeye began her journey into his final sphere by following a young, goal-driven Mustang into the depths of a war like hell on earth (read: a war in which they were ignorantly on the side of genocide). When Mustang realized what she had done, it was too late to stop her; she’d been scared just as deeply as he by the carnage, if not more so; after all, she exists bearing the unwarranted burden of accountability for Mustang’s own war crimes. It was her secrets, after all, that gave him the powers he so craved.

And this is a fact they live with daily, knowing that they’ve committed unspeakable evil in the name of an erstwhile regime.

The opening begins. My eyes are riveted, chest pounding and swelling as the music finally builds. That action sequence. My breath catches ever so slightly, and I’m won. It has been over a year since I watched this title, but the OP of Hiiro no Kakera remains one of the best I’ve ever seen. While I enjoyed the anime itself, there was no question that the OP had me so hyped that a bit of letdown was unavoidable. Still, it comes to you as a recommended reverse harem with solid level 3 bishounen.

The music of FMAB’s first iconic OP is incredibly emotionally evocative in its simplicity. This, combined with the understated yet highly accurate representations of our characters and their circumstances as they’re visually depicted is a flawless and captivating representation of what the viewer is about to experience. (In example, look to the “bodies unraveling” segment, and notice how Winry’s body has not come unraveled, but her world has still been shaken…) I’ve been tempted to show this beautiful OP to my mom and explain to her that THIS is the nature of good anime, rather than “poorly drawn cartoons.”

Runner Up 2017- “Kakusei no Air” from Dance with Devils

From the moment that the Gothic base starts roaring, I’m won over, and it only gets better from there. I don’t even know what they are saying, and I want to SCREAM with girlish glee. I literally do squeak as the song progresses to the lyric “muimi da ne?” and the characters’ faces flash from Ren in his hood to Lindo in his vestments. THIS is an anime OP. Granted, I’m a sucker for everything this anime is, but the OP exemplifies those qualities  in ways that just make me agog in the extreme. The dark intention, the mysticism of the church, the intensity of the music, the aesthetics and composition combined with a pop-rock feel… This is the ultimate display for a good girl who loves shipping bad boys. ❤ giseuhgleiugh;adifhaldghv;asdigh;adsg;vthey’re so cooolgaergualrgbalgba SO COOL djgfahigha;eruoh;aeug;uh;w!!!!!!!!