[Author’s Note: This is not a full review, but an impression post. A review will come after I finish the series.]

I first heard of Banana Fish through—surprise, surprise—Twitter. Initially, my interest was peaked by still images from the title being compared to stills from Yuri!!! On Ice. (You all know how that show’s relationship that transcends romance gets to me.) But what was it all about? Was it a crime drama? Was it boy love? Was it really like YOI, or were the comparisons just fangirls exaggerating something nonexistent between two handsome leads? WAS THIS ANOTHER DEVILMAN CRYBABY?? (pls no) An internet search partially assured my curiosity, but the dark premise of a boy brought up as a sex slave taking down his former “owner” seemed too dark for my blood, and I decided to dig no further. I declined watching it.

It stayed in the back of my mind, however, unwilling to be set aside.

Lately I’ve been off work for health reasons, and because of this unanticipated time off, I’ve had a lot of time to kill (read: I’ve been stuck in bed bored out of my skull). Without anything else to distract me, I finally gave in to my curiosity, reservations aside.

“Nature made Ash Lynx beautiful; nurture made him a cold ruthless killer. A runaway brought up as the adopted heir and sex toy of “Papa” Dino Golzine, Ash, now at the rebellious age of seventeen, forsakes the kingdom held out by the devil who raised him. But the hideous secret that drove Ash’s older brother mad in Vietnam has suddenly fallen into Papa’s insatiably ambitious hands—and it’s exactly the wrong time for Eiji Okamura, a pure-hearted young photographer from Japan, to make Ash Lynx’s acquaintance…” –MAL

As I watched, one of the first things I noticed was the fantastic, vaguely retro art style. I’m not enough of an anime expert to tell you what decade it’s from, and maybe it isn’t from any specifically, but it does seem to have a sort of 80s vibe which, when I later looked into when the manga was published, made all kinds of sense. I’ll state here that I ADORE IT. It’s so much better than the inception time-stamp comparable Hana Yori Dango/Boys Over Flowers that I’m agog.*

*Though, to be fair, even though the 10s show seems intentionally stylistically crafted to match with the 80s manga but with today’s sensibilities, early 90s Boys Over Flowers was actually animated during the mid mid 90s time frame, and not in that “Sailor Moon” kind of way.

I won’t get too deep into it in this impression post, but along with the art style, I also liked the character design. I like how they’re handling them with realism and maturity, and I can’t wait to see more of their backstories—especially Eiji’s—as the current plot line unfolds. On a vaguely related note, the second thing that really stood out to me while watching the series is how much Ash looks like an older version of Yurio. No, this isn’t important in the grander scheme of things, and no, I didn’t want to see it, but I saw it, and I loved it. The resemblance was so striking that it caused me to exclaim aloud about it even though I was all alone in my room.  I think my exact words were, “Oh, my gosh, it’s Yurio!” He even has a Yurio-ish, standoff-ish attitude! (Yes, I know the characters are different, but those were my first thoughts. Let me have this, guys.)

Okay, so I’ve just realized that a new episode of Banana Fish (ep 14, “Tender is the Night” to be exact) has been released and I need to go watch it before I continue with this review. Be right back!

I have returned! Clearly that episode was designed to leave me in emotional agony until next week. It’s fiiiinnneee~ I also love the new OP and ED, but is there anything about this anime I don’t love?

No. The answer is no. I love everything about it, which might make my thoughts boring to some, but that’s just how it is; I think Banana Fish is great, and I have literally no criticism at this time. Maybe I will by the end, but so far, I’m more than impressed, and it’s shaping up to take a top spot on my “favorite anime” list. ٩(◕‿◕｡)۶

There is so much I want to say about Ash and Eiji’s relationship, but I won’t want to report on too much before my actual review. I will say that it feels comparable to the relationship between Victor and Yuri (YOI) or Luka and Yuki (UraBoku, The Betrayal Knows My Name) in that, even though the tones of the shows are drastically different, the partner relationships that these characters have defy romance. They are so much deeper than that.

There is a dark premise to Banana Fish, and it’s not free of violence/disturbing content. Please be warned that this anime is firmly for adults. Don’t go watching it if you aren’t firmly an adult, or if you can’t handle/don’t like dark content. A LOT OF BAD THINGS HAPPEN, and it’s definitely not something I would have watched when I first started viewing anime. Having said that, nothing negative is glorified. I truly care about the characters and what happens to them, so I find the whole thing very emotional. </3 It’s so hard to get into while keeping this impression length (read: brief).

Notes on pacing and such are for another time. 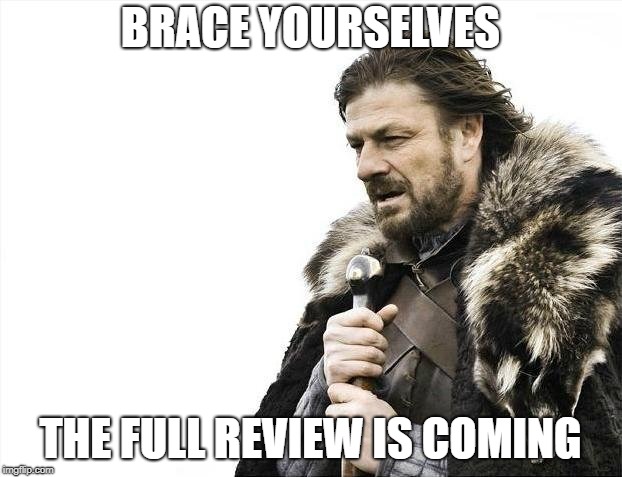 Banana Fish is available for viewing on Amazon Prime Instant Video; new episodes come out every Thursday. ❤ ❤ ❤ I encourage those who don’t mind the premise to check it out and let me know what they think about it all!

Until I write again,

To enter the sweepstakes mentioned here, click here. I’ll include this link on all blog posts published between now and the sweepstakes conclusion. 🙂 (Seriously one person has entered (Hi, Karandi!), so if you like those odds, head on over?)