Wotakoi: Love is Hard for Otaku (alternately, Wotaku ni Koi wa Muzukashii) is a slice-of-life romantic comedy cataloging the hi-jinx created by Narumi, a major otaku, and her equally nerdy friends as they navigate the relationships between them. I found so much to relate to within this title, and convalescing at home left me plenty of time to marathon Wotakoi without regret. A plot synopsis is as follows:

Narumi starts her new office job and, while being shown around the building, happens to run into a former schoolmate, Hirotaka. The two had been good friends for a long while as children, and because of this, Hirotaka knows the secret that Narumi desperately wants to keep hidden; he knows she is a closet fujoshi and anime otaku, although—as an unrepentant gaming otaku himself—he doesn’t understand why this needs to be kept secret.

Narumi, worried that he will spill her secret, reconnects with him over dinner, and the two rekindle their friendship which eventually turns into something more. She also discovers that her friend at the office, Hanako, and her supervisor, Kabakura, are both otaku in their own ways, and the two are are in a secret relationship to boot! The anime spends it’s time offering glimpses into their character and humorous commentary on what it’s like “DATING WHILE OTAKU.”

I recommend the show highly.

Wotakoi isn’t without its flaws. For one thing, aside from the slightest bit of explanation regarding the childhood relationship between Hirotaka and Narumi, not much backstory is given about our characters or their situations. We don’t know why their personalities are the way that they are (to the extend that our past shapes us), and we don’t know much about their families (though, because they are adults, this becomes less of a glaring issue and more of something I’d just appreciate knowing for its own sake). We also don’t know why Hirotaka and Narumi grew apart; was it just because they went to different schools, or was it something more? (It also left us with much more to see, so here’s hoping for a season 2!)

But, with that negativity out of the way, what got me hooked was the show’s humorous familiarity.

A-1 Pictures did well with the animation. It’s nothing new or novel, but I don’t think that everything has to be, you know? It’s normal, not too moe and not too stylized. It’s comfortable, matches up really well with the manga (which I always appreciate), and I like that a lot. I feel like it will age well.

Each episode tackles the difficulties faced by people with quirky personalities when it comes to dating, and as an anime fangirl married to a total gaming addict, I relate to it on a lot of levels. I also relate to Narumi as a character for her hangups about her…um… *cough cough* physical attributes *cough cough*… and her cheerful, girly style and personality. So many of the things that she went through reminded me of myself or of the relationship between me and my husband. I don’t have to relate to a title at all to find it enjoyable for its own sake, but this really sold me on how much I could feel the characters’ struggles and misunderstandings.

Also, as someone who cannot necessarily let her love of anime bleed into her everyday life for fear of its occupational or social repercussions within her small-town sphere, I totally understand Narumi’s need for secrecy and the joy she finds in finally grouping up with fellow otaku. (Looking at you, Innominate Podcast.) It isn’t fair, no, but some old school people and communities can be very judgey when it comes to anime.

There was one point in which Narumi worries about what kind of underpants she is wearing, and while that’s all I’m going to say about it to avoid spoilers, I defy the women reading to try and find a more relatable moment. I defy you. Just try. 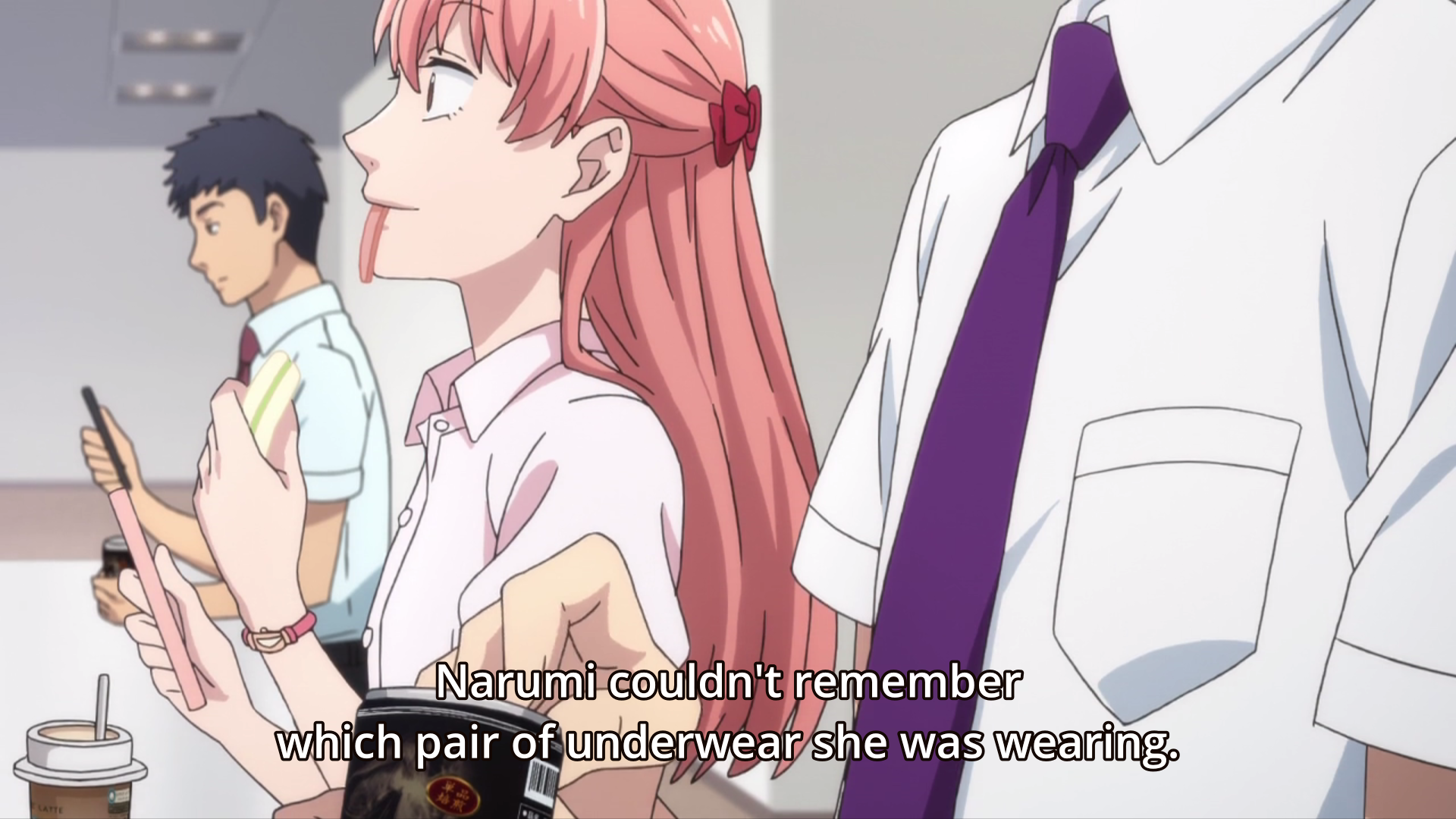 Hirotaka reminds me of so many people that I have known, as well, from Husband to my friends and beyond. And, without giving away spoilers, I can’t say more on that, either, but if you give it a watch, I think you’ll be able to see what I mean about his struggles with being himself or stepping out of his comfort zone. 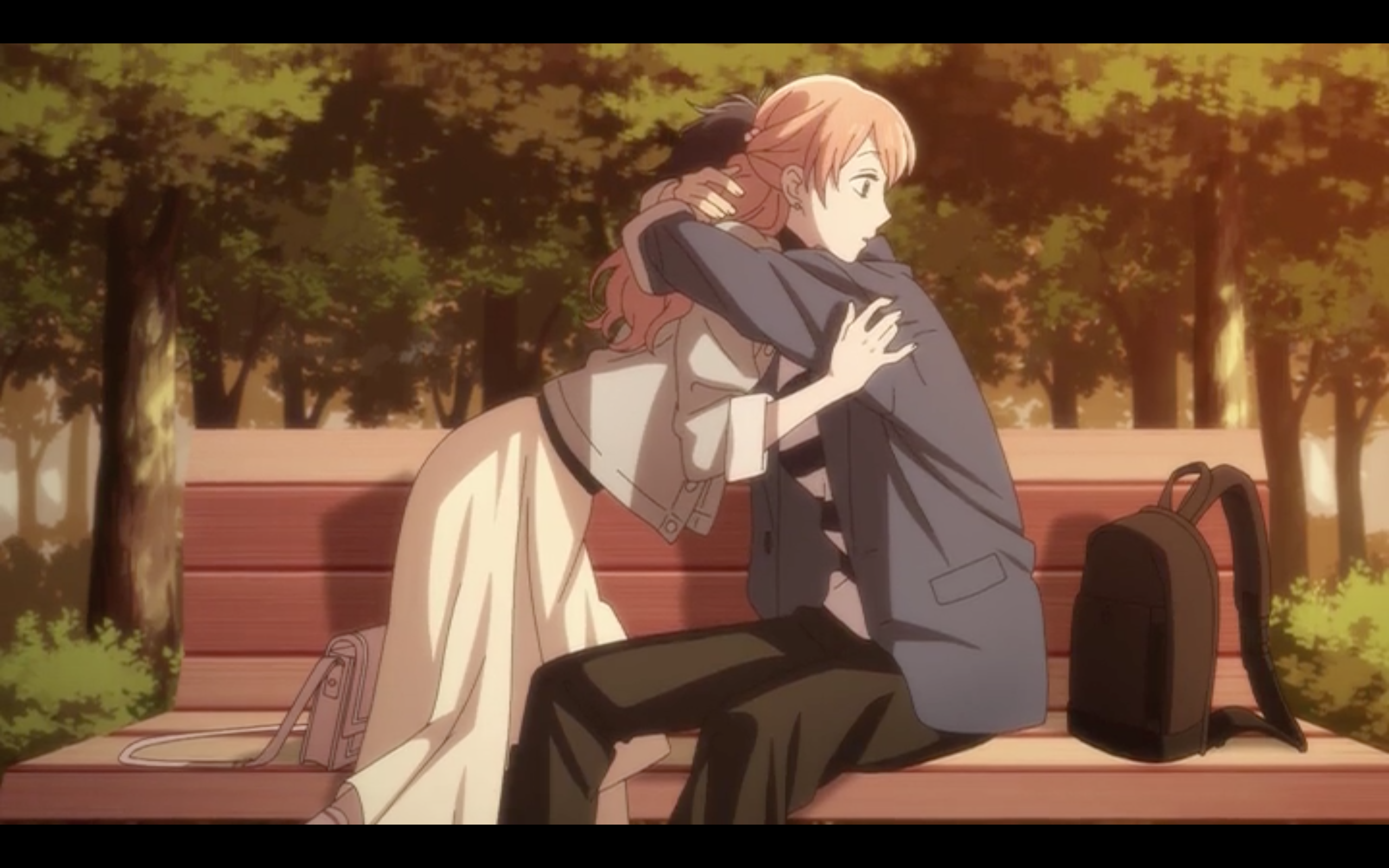 Also, can we take a second and just talk about how this title actually features ADULT otakus who are firmly like, my age? Can we? I feel like that’s a HUGE deal. I get so tired of high school romances, and I won’t even TOUCH the completely unrelatable middle school ones, but this… thank you for proving shoujo/josei anime can have adult protagonists. Thank you. I see so much of my own life in this.

Wataoki is available to view on Amazon Prime. An OVA (presumably about our main characters as children if its title, “Youth,” is any indication) is slated for a March 2019 release, so we’ll see if Prime picks that up as well. Here’s hoping! The anime definitely got me interested in the manga, so I might have to take a look at that next. It looks like it’s available in English from Amazon here.

Well, I can’t sit much longer so I’m going to hit my bed again for a while. If you’ve seen Wataoki, let me know what you thought of it in the comments below!

3 thoughts on ““Narumi couldn’t remember what pair of underwear she was wearing.” — A Review of the Relatable “Wataoki: Love is Hard for Otaku””