While not everything in the song aligns perfectly with the story of FMA/B’s Edward Elric, there is enough basis to give this AMV by Jan Balcar a real grounding in its storytelling. Before watching this video set to “7 Years” by Lukas Graham, please note that Hohenheim at the beginning is actually intended to be an aged Edward Elric (as indicated by the photo he is looking at and by context later in the AMV).

Firstly, while this song is one I personally find quite moving and the show is undoubtedly capable of bringing me to tears, they do not perfectly mesh. I wish to give credit to the creator for compiling a coherent narrative from the materials available and making it GOOD if not an ideal combination. I see this AMV as Edward’s own prediction of his life while still in the midst of attempting to get his and Al’s bodies back. He doesn’t know what is to come. He doesn’t know that (FMAB spoilers) he will loose his alchemy. He doesn’t know that he’ll get Al’s body back. He doesn’t know anything. But he can speculate based on what he’s seen and experienced. What I like about this song in connection with FMA/B is the associated question Edward asks himself: “Will I think the world is colder?” There is some true significance to that, though I doubt it needs explanation…

And, after all, Ed and Al were innocent once, too. ❤ 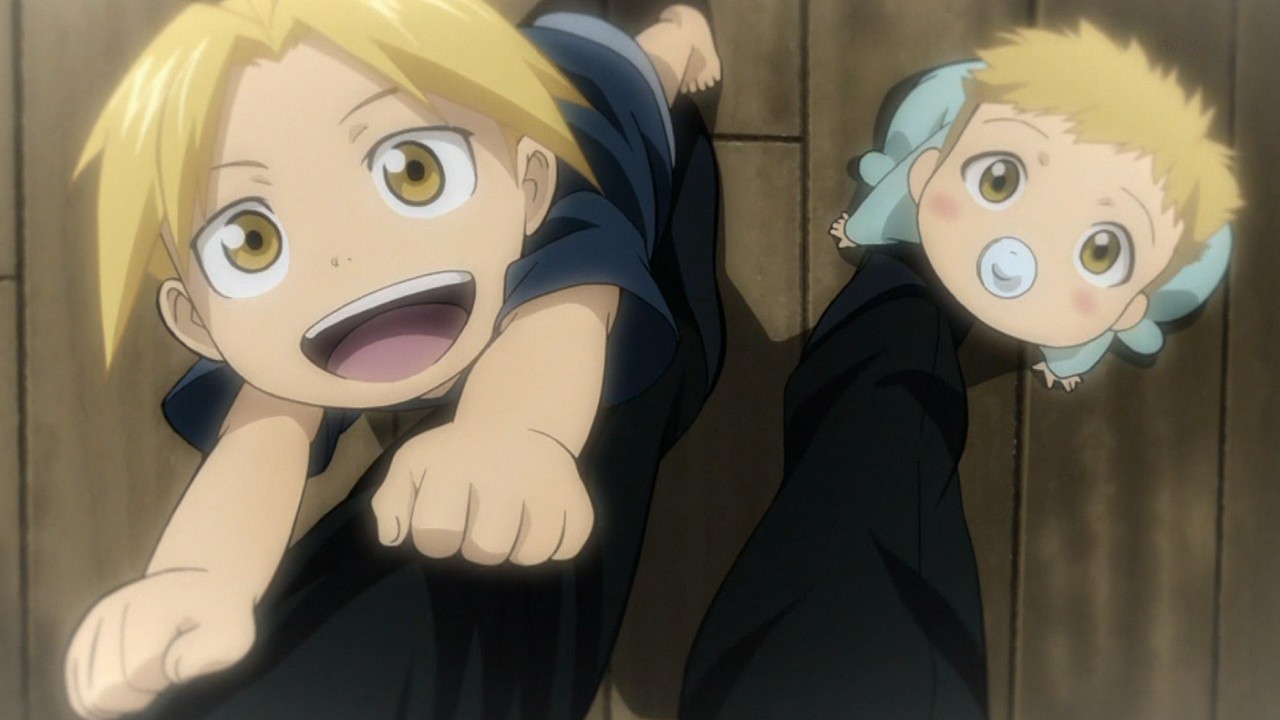 The creator didn’t use clips only from the intros, and those clips that they did use were, for the most part, well placed. While not my favorite AMV, I do feel it deserves a mention.

It was a big big world, but we thought we were bigger
Pushing each other to the limits, we were learning quicker