So sleep. Oh my gosh.

I didn’t post yesterday, but I got a lot of things done that I needed to get done and still managed to successfully complete all my chats, so that’s something. Now it’s time to backtrack and explain what day 6 held in store…

Sarah and Glam really have it out for Jumin/his dad/the company,

Anyway, those two are definitely up to no good! They’re even getting into Jaehee’s business, now! How stalker-ish can you get?

Zen is just as, um… I’m going to put this politely… /confident/ as always, and he’s landed a new role in what is of course intended to be a Cheritz game musical adaptation: 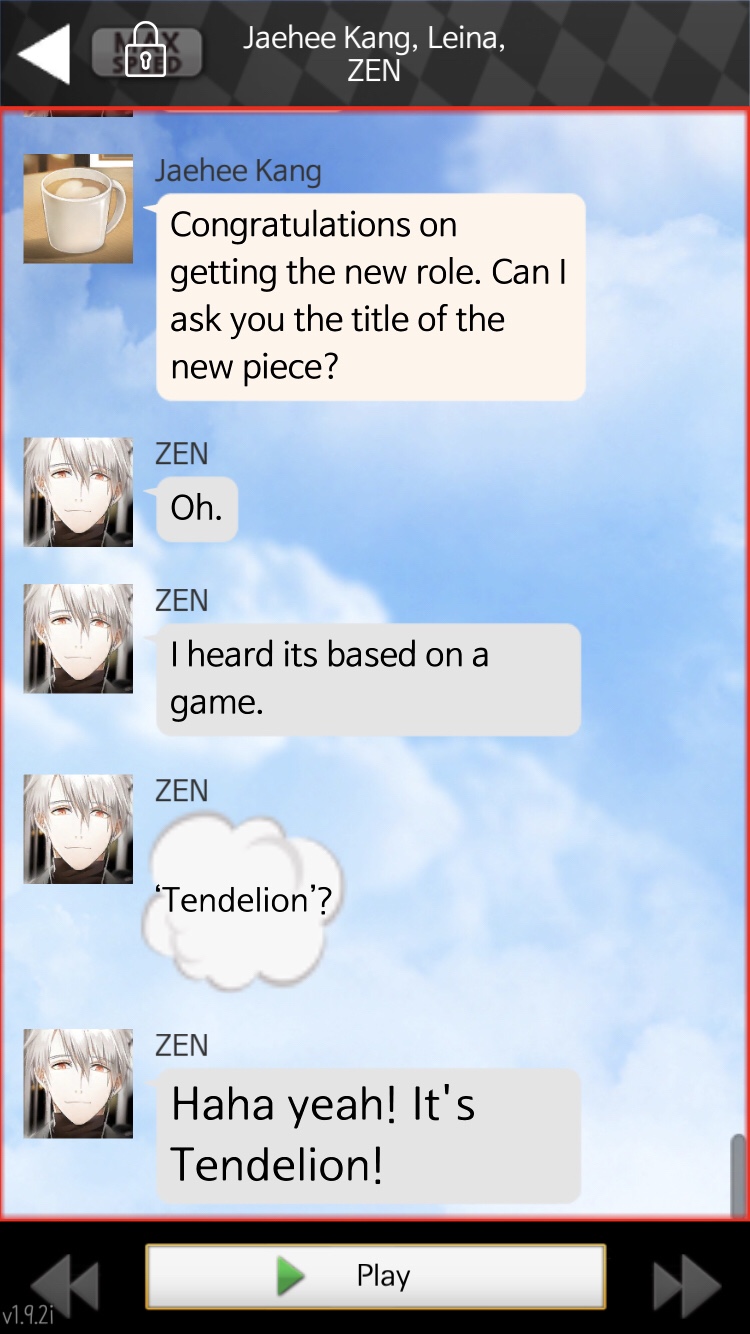 Based on his costume, it isn’t hard to figure out who he’s supposed to be:

Jumin is opening up more and more re: his loneliness. He elaborates on what’s underpinning the relationship between himself and his dad (mutual isolation) and why he’s so understanding of his dad’s womanizing ways.

He’s also starting to recognize his own emotion more and more, and expressing his feelings for the MC even if he doesn’t fully realize what they mean.

Honestly, that was the jist of day 6.

Rugs are such a good time in this household ✨
Today, we cuddle
Hello~
I do not know why he’s sitting on the toilet tank, but... 🤷🏻‍♀️ lol
I am trying to make a new phone Home Screen wallpaper
He’s so cutteeeee~!