“He bolts upright with a moan or a gasp…”

A/N: This drabble is rated M. I don’t read smut, and I don’t write smut, but this arc is critical to the development of one of my favorite Hakuouki characters, and it couldn’t *not* be touched upon if I hoped to do him justice. Like the other Hakuouki drabbles I’ve written, it came naturally as moment that needed to be shared. In that way, it isn’t smut. It isn’t intended for gratification, but character study.

He bolts upright with a moan or a gasp, green orbs wide and quivering; his face contorts and body shudders as he rides on shameful echoes of desire.

Falling backward toward the futon with a groan, he presses his palms into his eyes and clenches his sweaty bangs. He pictures her smiling face and again that face in the throws of unstrung passion:

these are the contrary musings of Iba Hachiro, but perhaps they’re not so contrary after all.

Was he never one to linger in the bathhouse, to imagine the perk of her small breasts pressed against his back, or to imagine her face were he to ghost his lips along her inner thighs? Could he blame the demon within for perfecting his boyish fantasies into something both more instinctually amorous and more pleasurably carnal?

No! He lets his hands fall and stares at the ceiling; she’s sleeping now in a room down the hall, and he imagines it again. She’s crying out, panting his name as she writhes beneath him, and his fingers know exactly where to graze to make her scream in rapturous agony.

He grits his teeth and flips, gripping the pillow atop his head and hating himself. He feels like a cat in heat. He wants to die.

This is not the Iba Hachiro he once knew. These are not the fantasies of a man in love, but of a demon lost to his desires wherein nothing matters but his own take.

She slumbers peacefully on–resting without pause that she shares quarters with a monster of the lascivious kind.

And even now he wonders what he wouldn’t give to preserve that innocence in her. 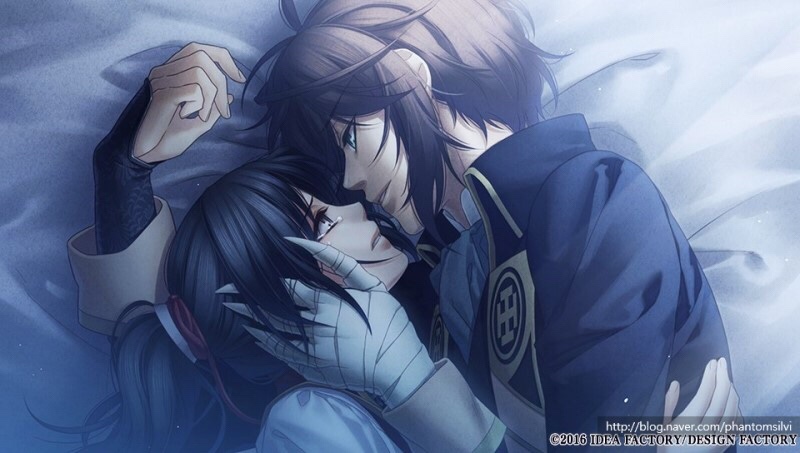 I do not know why he’s sitting on the toilet tank, but... 🤷🏻‍♀️ lol
I am trying to make a new phone Home Screen wallpaper
He’s so cutteeeee~!
Hungree boieees
More, “Good morning, Mommy,” moments ❤️💕
“Hi, are you hidin’?”