It is time to play a game!

Yes, readers, I must do that thing I do so well and fangirl myself into a sweet, sweet stupidor. This game of post-tag comes from Lita, who most graciously invited me to play; goodness knows that the blog could use a few more ikemen and bishounen, right? Right. So, let’s get squee-ing!! I’ve been looking forward to participation in this popular game!

I am to list five “flaming hotties” from anime (AND YES I EXCLUDED OTOME, BUT I WILL HAVE TO DO THIS AGAIN IN OTOME FASHION), include their pictures, and explain their appeal.

DON’T STOP ME NOW, THE MOMENT OF TRUTH!!

We begin, in no particular order, with…

We all knew I would pick him, right?

WAS THERE ANY OTHER OPTION?

I wrote a lot about Roy Mustang here (and I highly recommend you read it so that we can fangirl/boy), so I won’t ramble on, but his determination, perseverance, loyalty, and self-sacrifice are all wrapped in a physically attractive package to boot.

He holds so much destructive power, and he knows the cost of wielding it. Just thinking about his phenomenal character makes me want to head back and rewatch some FMAB.

(Or get onto finally watching FMA; tell me PLEASE, readers, is there any more Royai in FMA!?!?!)

I wrote about his relationship with Yuri here (in the all time most popular popular post on my site!?). Aside from his powerful character progression, he proved that anime progatonists can be well into their mid twenties and still be seen as “the desireable ones.” Give me more protagonists who are adult men and women, anime, please. Romantic protagonists. I will pay you (literally).

Moving on from that, his skating is phenomenal, and he’s just so completely dedicated to his art. Yet, he struggles. He has nothing else to infuse his life with meaning until he learns love.

I probably read too much into Victor, but I look at the person he is and where he grew up and I can’t help but speculate as to how he grew into the person he became. 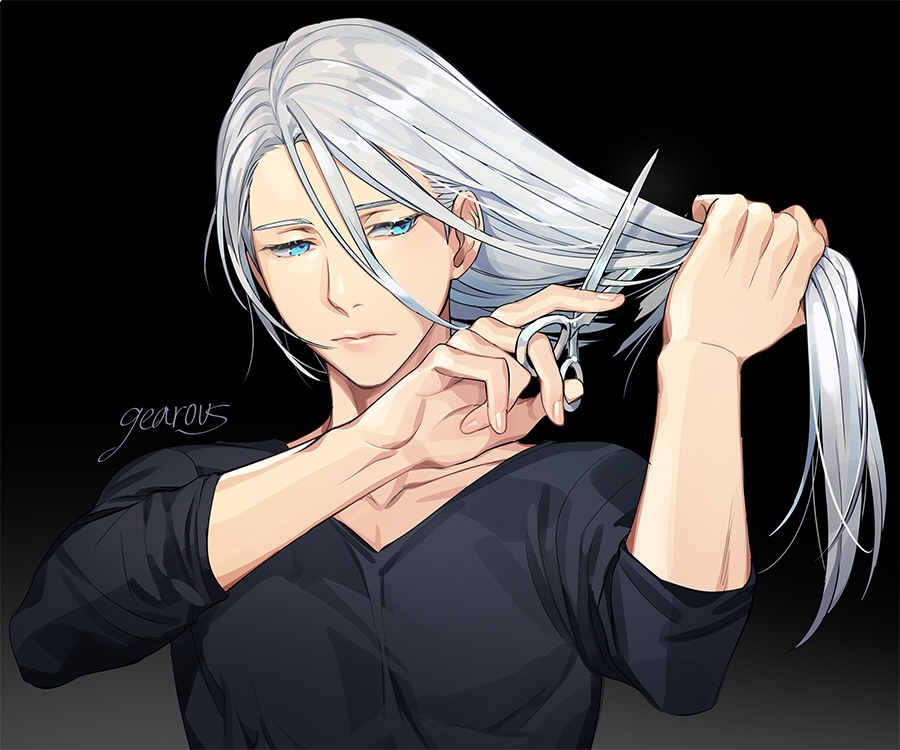 (In example, Victor cut his hair as a teen, but do we know why? I have my theories.)

Hak is loyalty. He’s unwavering, curious, determined, strong, and attractive. He’s a huge sarcastic nerd and teases Yona into oblivion. Let’s get real for a second; I spent the entire series thinking that THIS MAN WAS ABOUT 25 YEARS OLD. He does NOT look like he’s 18. NOT AT ALL. And then I came to find out his real age and it baffled me because HE DOES NOT LOOK OR ACT LIKE AN 18 YEAR OLD HUMAN. But I suppose that’s a common thread in media, so I’ll let it slide…

Moving on from that, here is a photo spam, because I can. (And the manga is fantastic, so you should go read it, stat.)

To conclude, I don’t get fanservice. Honestly, it doesn’t do anything for me at all (well, except make me laugh). But then this happened and MAN. ALIVE. *literal swoon*

To my current knowledge of both the anime and manga, Sebastian is thoroughly evil incarnate, but he retains a likable, appealing character; he is suave, handsome, charming, and oh so powerful; he’s obedient, until we’re suddenly reminded that he is NOT, in fact, what his human exterior would have us believe.

At the same time, he’s dedicated, loyal, and never tells an outright lie. He gives his all for his aesthetic, and he never offers any delusions regarding the true nature of what he is.

I think that’s the point of it all, really. Yana Toboso achieves in creating Sebastian what I hope was her ending message all along; evil is misleading, tempting, seductive.

Evil is hard to resist.

I really did spend a whole post on Soo-wan already, honest. So, as in the case of Mr. Mustang above, I shan’t wax too fervently on my final post pick. I will, however, quote it briefly here.

It’s hard to hate a villain who hates himself, who has damned himself to the depths of despair and cast off everything he ever loved to achieve his ends, who does all the wrong things for the right reasons. Even though I love Shiranui mostly for his personality and comradeship with Harada, I’ve found the ultimate villain in another anime, and I don’t hesitate to here sing the praises of his characterization.

This man is young, but he’s determined and holds the uncanny ability to harden his heart past the point that most would consider possible. He grew up surrounded by and under the care of wonderful friends and relatives who he loved very deeply, but his life–though luxurious–was anything but simple and was early on fraught with tragedy. In the end, for the betterment of a kingdom for which he cared deeply and in vengeance for the death of a beloved and respected parent, this young man murdered in cold blood the uncle he had also loved–the king who was the father of his dear, smitten cousin, and the sovereign of his very best friend…

Soo-wan is one of the best anime villains of all time, because the best villains are those who, rather than being truly evil, take on the mantle thinking that they’re doing what must be done.

OKAY SO HE’S A YOUNG BUT HE’S SUCH A GREAT CHARACTER AND HE IS A BISHIE, RIGHT?! I MEAN, I CAN STILL BE PLATONIC AND GO, “That’s a good looking human being.”

So…maybe not a flaming hottie, because he doesn’t “do it for me,” but I still really love his character and I just wanted to feature him, okay?

Well, now it’s time to pass along the flaming hotties torch, but instead of tagging people, I will simply host an open invitation!

Until next time, keep being…